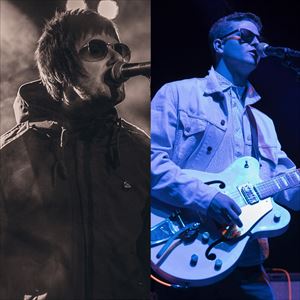 Two of the best tributes around Oas-is and The Courtbetweeners join forces to bring you a night of Manchester music.  Two amazing tributes, one fantastic night.

Oas-is – Definitely (Not) Maybe the UK’s BEST and MOST AUTHENTIC Oasis tribute band!

Oas-is have toured all over the UK and Europe, and performed live on prime time TV, playing some of the most famous venues and theatres in the country.

Oasis have worked with the likes of Alan McGee and Oasis tour DJ Phil Smith; having shared a stage with both many times.

After seeing the Courteeners smash T in the Park, Reading and the 2016 support slot to the Stone Roses the lads couldn't believe that there wasn't a tribute to this amazing band, they decided to do something about it.

Featuring songs from St Jude, Falcon and Anna enjoy the massive anthems of Courteeners with tracks such as The Opener and Are You In Love With A Notion, re-live the first album with Bide Your Time and Fallowfield Hillbilly and go crazy to crowd favourites like Not Nineteen Forever and What Took You So Long.